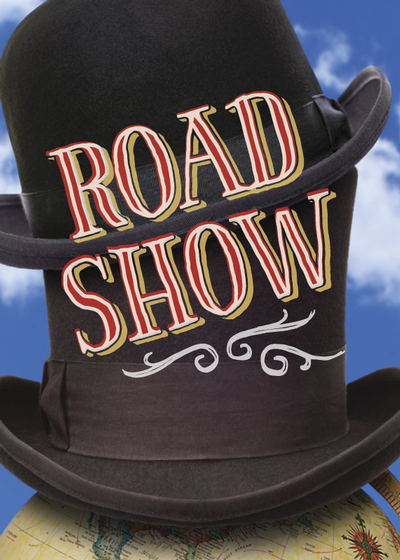 Looking for a date night suggestion for a friend who loves musicals? Perhaps you’d like to check out The Lyric Stage Company’s latest production, Road Show.  The Sondheim musical made its New England debut when it opened at the Lyric Stage Co. earlier this month and it runs through February 11th.

Road Show was inspired by a New Yorker article Stephen Sondheim read about the real-life Mizner brothers, Addison and Wilson, who were born in California in the late 1800s. Beginning at the deathbed of their father who encourages them to go out and mold the new nation, the musical spans the globe from the Klondike gold rush to India, Hawaii, Guatemala, New York, and eventually the real-estate boom of Boca Raton, Florida. Over 40 years, the brothers seek out the amorphous and elusive American Dream through the booms and busts of the early 20th century, with bouts of brotherly love and hate. The musical travelogue takes a close look at the optimism and opportunism of the time through the lens of two ambitious, eccentric, and charming individuals.