Shakespeare takes over the Boston Common

One week from today The Commonwealth Shakespeare Company (CSC) will once again host their annual production of a William Shakespeare play on the Boston Common. Opening night will be Wednesday, July 18th and performances will run through Sunday, August 5th. Performances take place Tuesday through Saturday at 8pm; Sundays at 7pm; with a 3pm matinee performance on Saturday, August 5th. 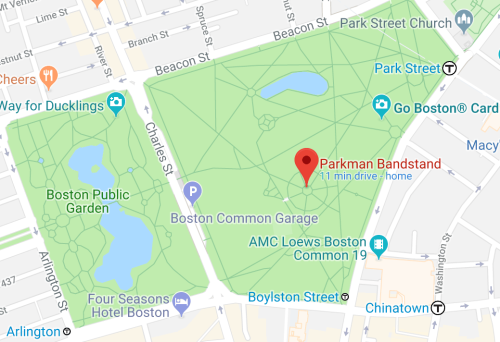 The image above shows the location of the theater production on the Boston Common. I suggest arriving early to ensure you can be within sight of the stage. When I attend, I like to make a quick stop at the Roche Bros in Downtown Crossing to stock up on snacks and drinks – food is available on the Common but options are somewhat limited.

Need a quick overview of this Machiavellian monarch Shakespeare dedicates an entire play to? Here is a quick recap of Richard III (as told by Shakespeare).

Like Loading...
This entry was posted in Free Stuff, Theater and tagged BosGuy, Boston Guy, Theater. Bookmark the permalink.