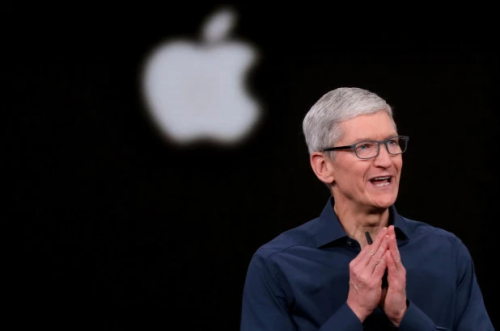 Often the LGBTQ community looks to pop culture icons as our allies. Over the past decade as being gay has become more accepted, we’ve started to also see allies step forward in sports and the business community.

“Being gay is God’s greatest gift to me.”
– Tim Cook, Apple CEO

Four years ago Apple’s CEO, Tim Cook, became the first Fortune 500 CEO to publicly acknowledge he is gay. Last week Cook went a step further, saying “Being gay is God’s greatest gift to me.” He said he felt the need to share his comments to respond to stories he was hearing about increased bullying, families making life difficult for kids grappling with their sexuality and rising suicide rates among gay teens.

Tim Cook is not just a CEO. He is the CEO of one of the most admired companies in the world with a brand and name recognition that any company would envy. Earlier this summer Apple became the first American public company to cross $1 trillion in value. While its success is in large part attributed to the founder, Steve Jobs, Cook has done an admirable job making sure that Apple continues to grow. and succeed in a very competitive industry. I would like to see more executives speak out and up. Role models are around us everywhere and we can draw inspiration from them, but sometimes we need to be reminded so thanks for speaking up Tim. I’m sure that your sentiments have helped many and perhaps challenged misconceptions some people may have about what it means to be gay.

Like Loading...
This entry was posted in Gay, Pop Culture and tagged BosGuy, Boston Guy, Pop Culture. Bookmark the permalink.