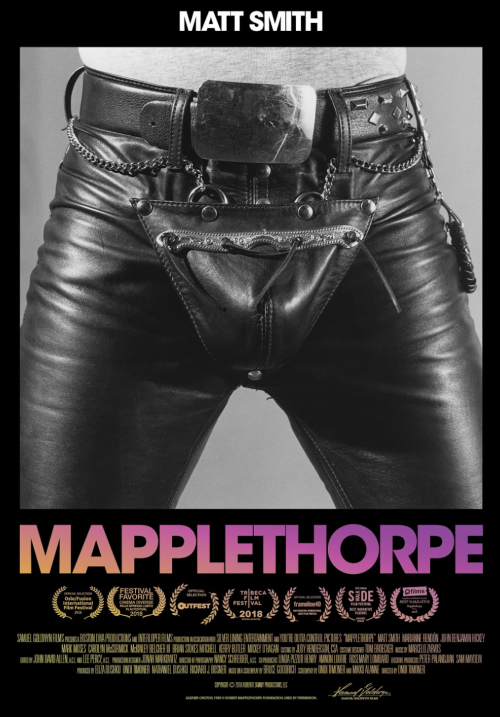 The movie, Mapplethorpe, opens March 1 and depicts his life from moments before he and Patti Smith moved into the famed Chelsea hotel, where he begins photographing its inhabitants and his new found circle of friends including artists and musicians, socialites, film stars, and members of the S&M underground. Exploring the intersection of his art, his sexuality and his struggle for mainstream recognition, the film offers a nuanced portrait of an artist at the height of his craft and his self-destructive impulses.

At this point, I don’t have details for where or when this film will show in Boston.

Like Loading...
This entry was posted in Art & Film, Video and tagged Art and Film, BosGuy, Boston Guy. Bookmark the permalink.

One response to “Biopic: Mapplethorpe to open March 1st”