Now that I have your attention (thanks to the genetic freak with the perfect everything) shown above, I wanted to encourage you to check out some of the great events that will take place later this week.

I’d like to give a shout out to tomorrow’s Mass Bears and Cubs Social at Cathedral on Tuesday, Lush Life: Moving Pictures a cabaret at CC’s Napoleon Room on Thursday and SpeakEasy Stage (Opening Night) for their new show, ONCE. However there is plenty more happening so check out the list and make plans with your friends. 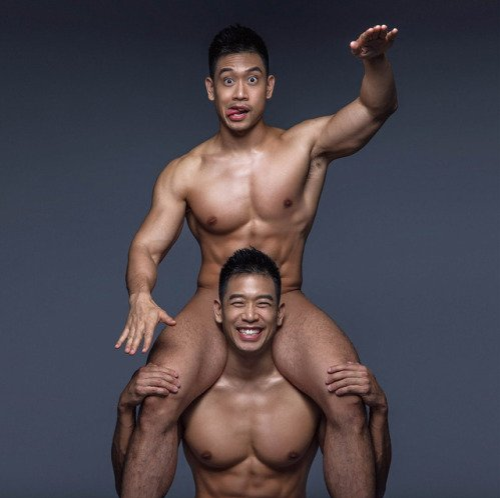 Mass Bears and Cubs Social is this Tuesday starting at 7:30PM at Cathedral Station in the South End

#Yaasss Thursdays presents: Sissy That Walk weekly drag competition the last Thursday of each month Showtime: 12:30AM at Club Cafe in Boston

QUEER AF: Art & Fashion Show is this Friday from 7-10PM at Bull Mansion in Worcester

Sophia’s Choice: A Lost Golden Girls Episode is a musical parody based on the beloved “Golden Girls” and will take place at Club Cafe this Friday starting at 8PM (tickets required)

RPDR Season Premiere XI Viewing Parties are at The Alley Bar, Club Cafe and Trophy Room each Friday through March 1st in Boston

NUNCH: The Nun Brunch hosted by the Boston Sister’s of Perpetual Indulgence is this Sunday at Club Cafe from 11AM – 2PM