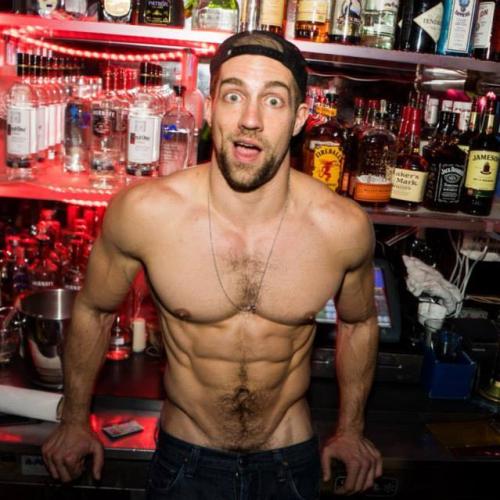 There is a ton of things happening this week. If you’re flying solo and looking for social events during the week, check out Opus Affair monthly cocktail party and Boston Gay Professionals Social both are fun monthly events that get a large crowd. For the full list of  20+ weekday events / programs below.

This weekend is Ogunquit Bearfest but if that’s not your scene there is plenty happening locally including Harpoonfest (for all you beer lovers), 90’s night at dbar and a new dance night called CALIENTE Fridays is in Revere. 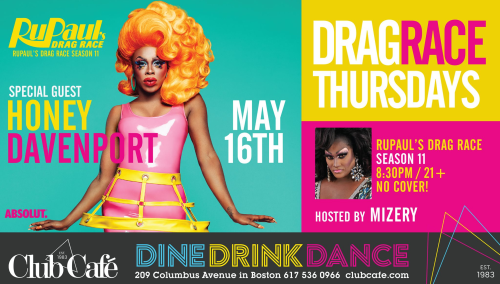 Opus Affair monthly cocktail party is open to all and is a fun evening – this month they will be celebrating their 11th birthday with the A.R.T.

Jazzy Mondays at the E’walk enjoy jazz music at the Elephant Walk South End the second Monday of each month from 6:30 – 9:30PM in the South End

Feminist & Queer Happy Hour welcomes all on Wednesday from 6-8:30PM at Remnant Brewing in Somerville

Boston Gay Professionals Social is hosted by the MeetUp group by the same name this Thursday at Bastille Kitchen from 6:30PM to 9:00PM

RPDR Viewing Parties are at The Alley Bar, Blend, and Club Cafe  each Thursday in Boston

Drag Race Thursday with Special Guest Honey Davenport is at Club Cafe; all the fun starts at 8PM

Harpoonfest returns again this Friday and Saturday from 5:30 – 7PM at Harpoon Brewery in the Seaport

S&M Comedy Night is Boston’s only S&M Stand up comedy show – come to Jacques Underground on Friday starting at 7:30PM with your hosts Mitzzy Anne & Stirling Smith in Boston

Grand Opening: CALIENTE Fridays is a new club night on Fridays people should check out if you live in East Boston, doors open from 10PM to 2AM in Revere

2nd Annual BAKED Festival is in Central Square will  include 40 of the area’s top pastry chefs, independent bakers, food trucks and bakeries this Sunday from 11AM – 5PM

Brunch of Queens with Special guests Melinda and Verna is this Sunday at The Bell in Hand: doors open at 11AM and the show starts at 2PM

Sunday “Retro” Tea Dance never has a cover and always has great music from 70s 80s & 90s, starting at 6PM no cover every Sunday at Club Cafe in Boston