An American in Havana: The architecture 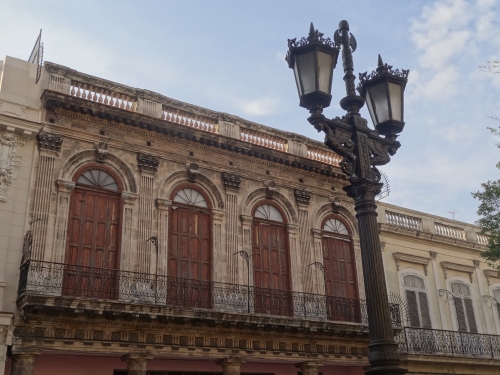 As I mentioned in my previous post, Havana has a shabby chic vibe that even a city like New Orleans would envy.  But one needn’t just visit Old Havana to see some amazing architecture.  The neighborhood we stayed was filled with homes that appeared to date back to the first half of the 20th century (if not older) and exuded an old world charm with high ceilings and architectural details from that time.

A lot of homes were once family residences but now many of them are overflowing with multiple families since there seems to be a housing crunch in Havana.  I asked why some appear decrepit and some looked like they had been restored to their former glory and was told that it really came down to money.  I was told one way you can tell if a family had money was if their house had recently been painted.  It was stories like this that often time gave me pause to consider the implications of our relations with Cuba. Unlike many poor nations, I couldn’t help but get the impression that this could all so easily be averted.

While most of Havana remains in a depressing state of disrepair it would be unfair not to share with you examples of the “New Havana”.  Like this restaurant that recently opened in the neighborhood we were staying on our visit to Cuba.

In addition to “Sara” which I’ve shared in photographs of above, there are also national treasures like the Hotel Nacional de Cuba which according to our guide was the playground for many American mobsters in the 1940s and 1950s and is still a functioning hotel. 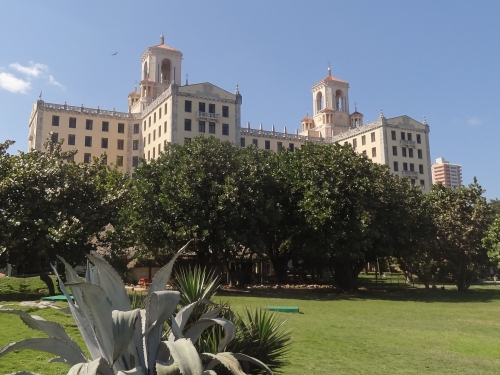 The hotel has beautiful views of the ocean and manicured grounds that include a tunnel rumored to run below the streets of Havana; intended as one of many escape routes for Fidel Castro back during the days of Bay of Pigs.

Like Loading...
This entry was posted in Architecture, Travel and tagged BosGuy, Boston Guy, Travel. Bookmark the permalink.

One response to “An American in Havana: The architecture”