SpeakEasy Stage presents Once on This Island

Sergio and I will be attending the matinee showing of the SpeakEasy Stage latest production, Once on This Island. The musical won a Tonay Award in 2018 for Best Revival of a Musical. Candidly, I don’t know much about the production or the history of this musical but the story centers on Ti Moune, a peasant girl’s determination to follow her heart and the remarkable journey that takes her on to find her place in the world.

In recent years, many local Boston theater companies have produced a number of excellent musicals SpeakEasy Stage’s Choir Boy from 2019 was a personal favorite so I’m looking forward to seeing this production, which runs through April 16th. Tickets to see this show at the Calderwood Pavillion in the South End start at $25.00.

Once on This Island
March 11 – April 16
Tickets & Show Information

World Premiere: I Was Most Alive with You

The Huntington Theatre world premiere, I Was Most Alive with You, opens next week at the Calderwood Pavilion in the South End. The new play centers on a gay, deaf man who undergoes a series of severe life reversals.

GET YOUR TICKETS HERE

Craig Lucas who wrote and is directing the production also wrote librettos to the current hit Broadway musical An American in Paris and to Adam Guettel’s The Light in the Piazza; his list of plays includes Prelude to a Kiss, Blue Window and Reckless. Award-winning deaf actor Russell Harvard ( Spring Awakening on Broadway) will play the lead role of Knox.

Tickets can be ordered online (see the link above) by phone at (617) 266-0800 or in person at the Calderwood Pavilion at the BCA Box Office in the South End. 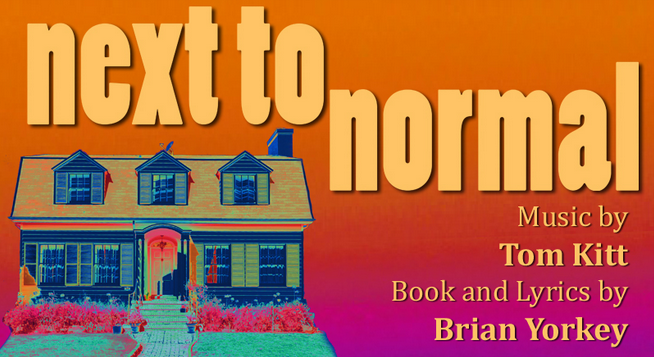 Tonight Boston’s SpeakEasy Stage production of Next to Normal opens at the Calderwood Pavilion on Tremont Street in the South End. This play won 3 Tony Awards and received the 2010 Pulitzer Prize for Drama so I know the story line will be compelling. According to the website the show has a pop rock musical score which should add an element of drama to this story of a suburban family dealing with the direct and indirect effects of mental illness.

Look for my review of the show early next week, and in the interim start talking to friends to line up a date to step out and enjoy this show.

BosGuy is a Cultcha Vultcha

In early September I wrote about all the great local theater companies in Boston in my post, 2011-2012 season (which was at the time just starting).  The productions these companies pull together are not as elaborate as travelling Broadway and the National touring companies that come to Boston’s Theater District, but they can be surprisingly entertaining and tickets are half the price.

On Friday, I’m off to see The Divine Sister, which closes this weekend and is playing at the Roberts Studio Theatre in the Calderwood Pavilion.  The program which was written by Charles Busch is probably more bawdy and lewd than anything playing currently in Boston’s theater district and that suits me just fine.  We’re going to be joined by two other couples and make a night of this which is a welcome change from hitting the same bars or restaurants.

Have you attended a local theater production lately?  There are so many good shows playing right now; support your local arts community. 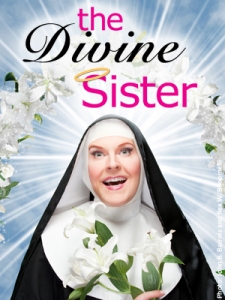 The Divine Sister is now in its final week at the Roberts Studio Theatre (at the Calderwood Pavilion) in the South End.

I’m not sure if I completely understand the write up below which I swiped from the SpeakEasy Stage Co. website, but I’m intrigued.

The Divine Sister – written by Charles Busch, the comic genius behind such classics as Die, Mommie, Die!; Psycho Beach Party; and Vampire Lesbians of Sodom, is a gleefully twisted tale that tells the story of an indomitable Mother Superior trying to cope with a young postulant experiencing “visions,” a sensitive schoolboy in need of mentoring, a mysterious nun visiting from Berlin, and a former suitor intent on luring her away from her vows.

Tonight I’m off to see The Great American Trailer Park Musical from the SpeakEasy Stage Co. at the Calderwood Pavilion.  According to the website, the show is about agoraphobia, adultery, spray cheese, road kill, hysterical pregnancy, kleptomania, flan and disco. When Pippi, a stripper on the run, comes between Dr. Phil-loving, agoraphobic Jeannie and her toll-collector husband, neighbors Betty, Lin and Pickles team up to save their friend’s marriage.

Sound like something you would enjoy? Grab tickets online here or call the Boston Theatre Scene box office at 617-933-8600, but do it quickly as the show is only here until Sunday, May 30th.

Friday, May 15th, I am going to see Jerry Springer-The Opera. This is the latest production from The SpeakEasy Stage. The show which opened May 1 runs though the 30th so if you think you might find this interesting, get your tickets now before the show sells out or ends. The performance is at the Calderwood Pavilion and tickets can be purchased at the box office on Tremont Street or online here.

Starting this past Friday (January 16th) The SpeakEasy Stage opened their latest production, The New Century. The 90-minute show at the Calderwood Pavilion runs through Valentine’s Day and is described on the SpeakEasy Stage website as an “hilarious collection of four short gay-themed comedies. A wealthy Jewish matron with at least three gay children, a flamboyant public access TV host and a Midwestern scrapbooker/competitive cake decorator each have their say, then meet, in this outrageous look at where society is headed in the new millennium.”

I’ve purchased tickets for their final performance on Saturday, February 14th. If you have not had the chance to check out the peformance or would like to find out a bit more about the show the SpeakEasy Stage website has a video trailer you can link to view here.

This weekend “The Seafarer” opens in the Roberts Studio Theatre at the Calderwood Pavilion. The 2008 Tony nominated play is the latest show from the SpeakEasy Stage Company and will run from November 14th – December 13th.

I hope to get a chance to see the show, but the calendar may not work in my favor. With travel plans later this week that will keep me out of Boston until the show’s run is nearly complete, it seems like I might miss the play so if anyone reading this attends, please send an e-mail or leave a comment and share your thoughts.

If you would like to learn more about the SpeakEasy Stage Company or would like to purchase tickets to see The Seafarer, link to the theater company’s website here.

Earlier this month I finally got around to signing up as a subscriber to the SpeakEasy Stage Theater. The SpeakEasy performances are held at the Calderwood Pavilion in the SouthEnd and I consider it my local theater although in truth it is a bit more than that. The Company is recognized throughout the area as one of a handful of excellent theaters that consistently earns praise for presenting top quality productions of plays and musicals. Over the years I’ve seen countless shows.

This past Friday, I went to see their current production of a Tony Award winning musical, A Light in the Piazza. The musical is about a mother coming to grips with her own mistakes in life and learning to let her daughter live her own life. The epiphany is set against the backdrop of a mother / daughter visit to Florence. In truth, my favorite part of the show was the beautiful staging and the Florentine, Fabrizio, who falls in love with the daughter, Clara.

I look forward to seeing more shows from this theater and want to encourage others to support local theater. A good story, told live by actors is so enjoyable and such a social way to spend an evening with friends or someone special.