Tennis is a fun sport to play and watch, and players like the 22 year old Greek, Stefanos Tsitsipas, can make it quite distracting as well.

For those who don’t follow tennis quite as faithfully, you may not be familiar with Tsitsipas who turned pro just four years ago in 2016 and is a top 10 player in the world. Stefanos has one of the best backhands in the game, and if he remains injury-free, has the potential to dominate the game with his mental toughness, speed and size (he is 6’4″).

However, I think many of my readers may be less impresssed by my observations and may find watching tennis pleasurable because of his sportsmanship, lean build and handsome face.

Not to mention, Stefanos Tsitsipas can be incredibly graceful on the courts.

And while 27 year old Dominic Thiem may be better known for his ‘assets’ than Stefanos, there is no denying that all the sprints and training required to be one of the best tennis players in the world has filled out his lean physique in a way that will appeal to faithful readers of this blog.

Congratulations to the Bryan brothers

Congratulations to the Bryan brothers on winning their 100th tennis title today; not to mention a record-tying fifth US Open doubles championship.

In light of the disgraceful way the International Olympic Committee has dealt with championing Russia’s homophobic legislation, I wanted to share this story.

Andy Roddick said, “Yesterday was an incredible day for athletes everywhere. Jason Collin’s courage and leadership in coming out reminds me of how important it is for an athlete to be able to be true to him or herself.  As an Athlete Ally, I want to support every athlete to feel comfortable and confident being themselves and to make sure that all people – players and fans alike – are  welcome and included in tennis.”  More about this story here and more about Athlete Ally here.

The Australian Open started this week.  This tennis event is one of the four majors in the sport and it will attract the world’s best players.

The ESPN network will broadcast live coverage of this event in the US. Check your local listings for exact times and channels.  Here are some of the players who may catch your eye if you tune in. 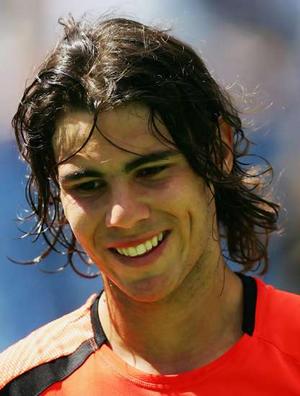 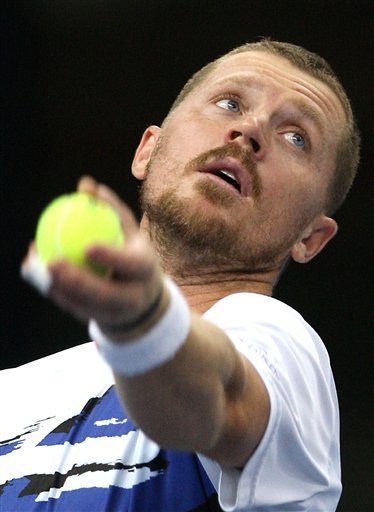 If their athleticism won’t entice you, perhaps Richard Gasquet’s backside will. 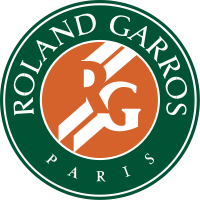 Over this past weekend the 2013 French Open started with early round play.  I always associate this tennis tournament with the start of summer and love the clay court matches that have players running back and forth giving everything they have.   If the appeal of this sport isn’t apparent, perhaps you should take a closer look at some of the men invited to play in the tournament. There are so many handsome, articulate players that even the most shallow among you will find reasons to watch and cheer for this years players.

For example, this handsome German, Daniel Brand, played a near flawless two sets before Rafa Nadal was able to rally to win a second set tie break and then cruise on to a first round win that was anything but typical.

The French Open is being broadcast on ESPN2 and NBC in the U.S.

More seeds fell in the second round of the 2012 Australian Open. Not only did the US lose their highest ranking seed, Mardy Fish, but perhaps the most famous American male tennis player still active, Andy Roddick, had to retire in the third set of the second round.  I won’t list all the seeds that dropped but here are a few men who won’t be gracing ESPN 2 in later rounds of the tournament. 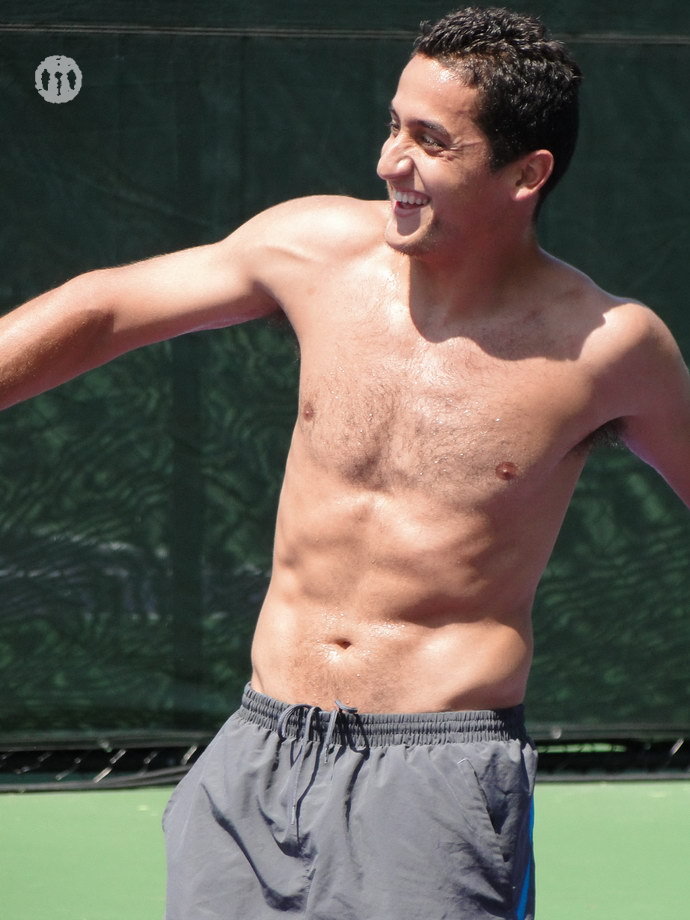 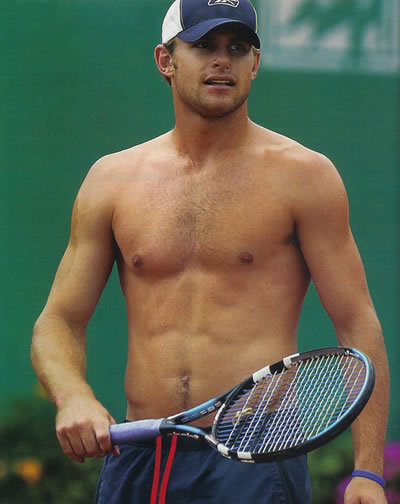 Long time readers know that I’m a huge tennis fan. I’m so excited that the 2012 Australian Open has finally started.  This is the first of the four Grand Slam tennis events.  Even though the first round play in Melbourne is not quite finished there have been a few upsets with a handful of seeded players.

Say goodbye to the following. 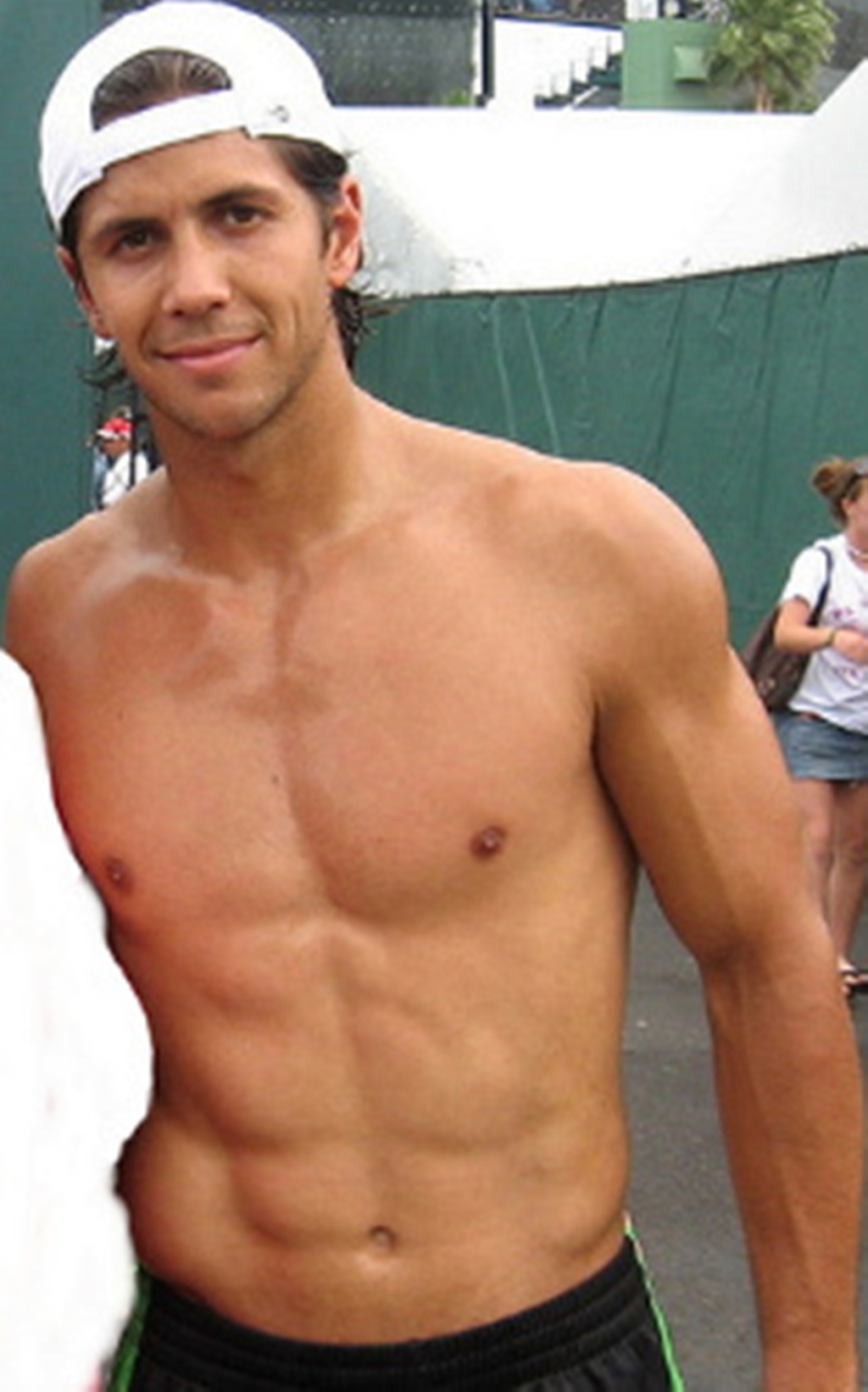 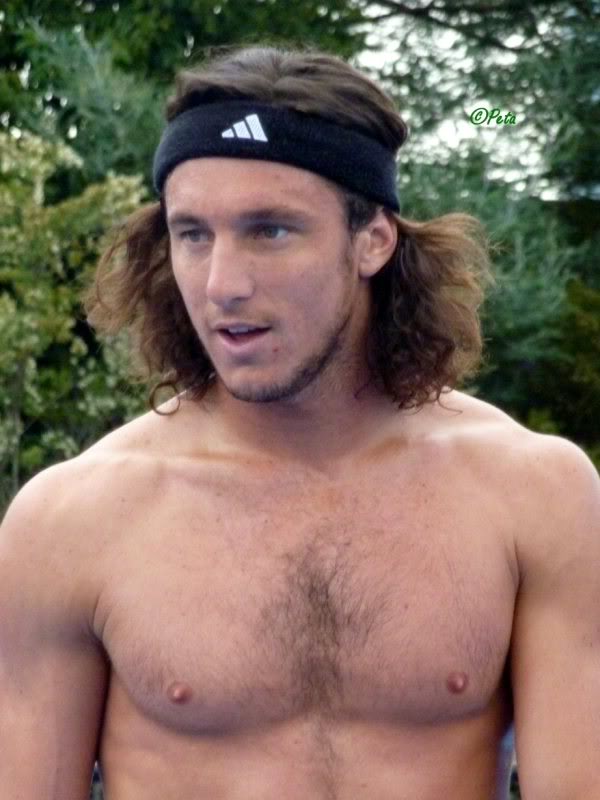 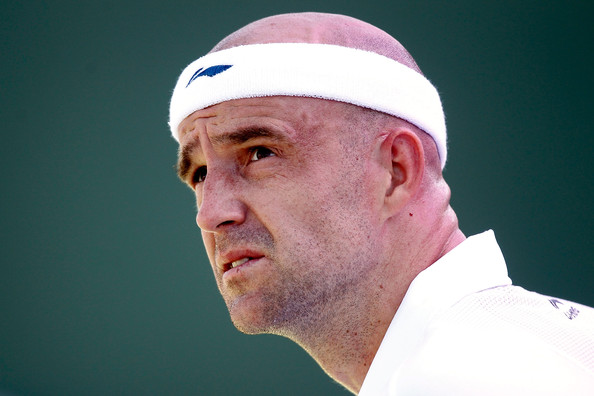 As you can see, you need not know much about tennis to enjoy watching. 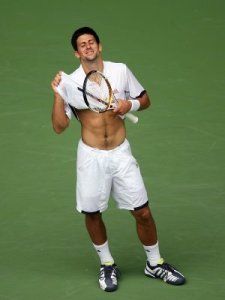 The US Open started two weeks ago and due to the heavy rains from last week the Men’s Single Final – normally held on Sunday was moved to today. I’ve been posting a handsome photo of a male tennis player each day of play (with the exception of yesterday – 9/11) and it seemed fitting to conclude these posts with the world’s no. 1 tennis player, Novak Djokovic.

Novak has had an amazing year winning the Australian Open and Wimbledon, and rallied against Federer this weekend in the semifinals of this tournament to come from behind and win. If he wins today in NY he will have won 3 of the 4 Majors in the 2011 – an amazing feat and in large part the reason he has the no. 1 ranking.

I love watching Djokovic play not only because he is so gifted, but he brings a lot of personality to the game of tennis. He’s clearly a ham. In the past he’s been known to mimic other tennis players (all in good fun of course) and this year at the Open he’s been known to dance after his wins which only gets the already loud crowd in NY cheering even more.
If you’d like to find out more about this Serbian who’s game has been flawless all year you can link here. If you’d like to find out more about this year’s US Open you can visit the tournament’s official website, www.usopen.org.
You can click on the photo to enlarge.

The US Open started last week, and the tournament is now nearly over. To celebrate the Open I’ve been posting a handsome male tennis player each day there is play.

Today, I’m featuring Spanish tennis player, Raphael Nadal, currently ranked no. 2 in the world. Nadal has been in the spotlight ever since the summer of 2005 when he won the French Open. Since then, he’s been a regular at not just Roland Garros but at all four majors. He has an amazing game and was the guy who grabbed the no. 1 ranking from Roger Federer who had been ranked no. 1 an astounding 237 weeks.

The US Open started last week, and I can’t believe the tournament is nearly over. To celebrate the Open I’ve been posting a handsome male tennis player each day there is play.

Today, I’m featuring Spanish tennis player, Fernando Verdasco, a former Top 10 player and a force to be reckoned with especially on clay.

Verdasco made it to the third round of the US Open where he lost to Jo Wilfred Tsonga – a tough competitor from France who is still in the tournament. As you can see Fernando has a killer smile to match his abs. He’s yet another tennis player I wish they would let play without a shirt. I’m fairly certain the ratings would go through the roof. 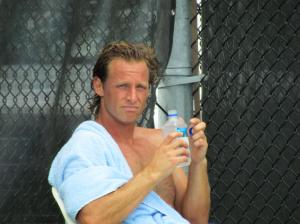 The US Open started last week, and despite the rain, the tournament continues (albeit in fits and starts). To celebrate the Open I’ve been posting a handsome male tennis player each day there is play.

Today, I’m featuring Argentinian tennis player, David Nalbandian, a player who just a few years ago was ranked as high as 3 in the world, but in recent years has seen his ranking drop and is currently 76 in the world. 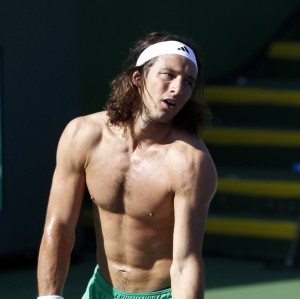 The US Open started last week, and I’m posting a handsome male tennis player each day there is play.

Today, I’m featuring Spanish tennis player, David Ferrer, who is currently playing yesterday’s “Tennis Tease”, Andy Roddick.  David is currently ranked 5 in the world and has a game to back up that ranking.

Although Ferrer is definitely more at home on clay courts (lets be frank all the Spaniards are), David’s game is so strong you cannot count him out. However, whoever wins today’s match will have a short lived victory as I fully expect Raphael Nadal to pull through and meet that player in the quarter finals.

The US Open started last week, and I’m posting a handsome male tennis player each day there is play.

Today, I’m featuring American tennis player, Andy Roddick, who will be playing David Ferrer later today. Roddick is a former Top 10 player and won the US Open back in 2003. However, he’s 29 now and his game has slipped in recent years. Despite that fact, I can’t help but pull for Andy and hope he can beat Ferrer (the second highest ranked Spaniard). You can cheer on Andy tonight 7PM ET on ESPN2.

The US Open started this week, and I’m posting a handsome male tennis player each day there is play.

Today, I’m featuring a Bulgarian player named Grigor Dimitrov. Currently ranked 57, Grigor lost in the first round to the extremely physical Frenchman, Gael Monfils. However, he’s still quite young at only 20 years of age and he has time to improve his game. Time will tell if he can, but in the interim, I enjoy watching this young man play.

The US Open started on Monday in New York City, and I’m posting a handsome male tennis player each day there is play.

Today, I’m featuring French player Arnaud Clement, a former top 10 player. Arnaud is one of the older players on the tour now that he’s in his early 30s and in recent years he’s had more success playing doubles although he and Lukas Dlouhy unfortunately lost in the Open’s first round this year.